How can CBT be used to address panic attacks?

Ask anyone to recall their first panic attack and they will be able to tell you exactly where and when it happened. A panic attack is a sudden surge of overwhelming anxiety and fear. Your heart pounds and you can’t breathe. You may even feel like you’re dying or going crazy.

Left untreated, panic attacks can lead to panic disorder and other problems. They may even cause you to withdraw from normal activities. But panic attacks can be cured and the sooner you seek help, the better. With treatment, you can reduce or eliminate the symptoms of panic and regain control of your life.

In many cases, panic attacks strike out of the blue, without any warning. Often, there is no clear reason for the attack. They may even occur when you’re relaxed or asleep.

A panic attack may be a one-time occurrence, but many people experience repeat episodes. Recurrent panic attacks are often triggered by a specific situation, such as crossing a bridge or speaking in public, especially if that situation has caused a panic attack before. Usually, the panic-inducing situation is one in which you feel endangered and unable to escape.

You may experience one or more panic attacks, yet be otherwise perfectly happy and healthy. Or your panic attacks may occur as part of another disorder, such as panic disorder, social phobia, or depression. Regardless of the cause, panic attacks are treatable. There are many effective treatments and coping strategies you can use to deal with the symptoms.

Signs And Symptoms Of A Panic Attack

The signs and symptoms of a panic attack develop abruptly and usually reach their peak within 10 minutes. Most panic attacks end within 20 to 30 minutes, and they rarely last more than an hour.

A full-blown panic attack includes a combination of the following signs and symptoms:

• Shortness of breath or hyperventilation

• Heart palpitations or a racing heart

• Feeling unreal or detached from your surroundings • Sweating 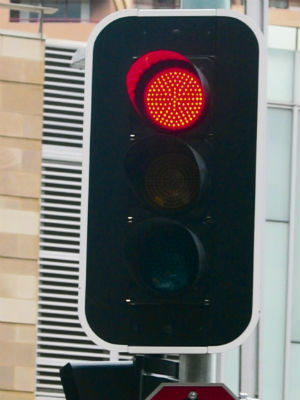 Signs And Symptoms Of Panic Disorder

Many people experience panic attacks without further episodes or complications. There is little reason to worry if you’ve had just one or two panic attacks. However, some people who’ve experienced panic attacks go on to develop panic disorder.

Panic disorder is characterised by repeated panic attacks, combined with major changes in behaviour or persistent anxiety over having further attacks.

You may be suffering from panic disorder if you:

• Worry a lot about having another panic attack.

• Are behaving differently because of the panic attacks, such as avoiding places where you’ve previously panicked.

While a single panic attack may only last a few minutes, the effects of the experience can leave a lasting imprint. If you have panic disorder, the recurrent panic attacks take an emotional toll.

The memory of the intense fear and terror that you felt during the attacks can negatively impact your self-confidence and cause serious disruption to your everyday life. Eventually, this leads to the following panic disorder symptoms:

• Anticipatory anxiety – Instead of feeling relaxed and like yourself in between panic attacks, you feel anxious and tense. This anxiety stems from a fear of having future panic attacks. This “fear of fear” is present most of the time, and can be extremely disabling.

• Phobic avoidance – You begin to avoid certain situations or environments. This avoidance may be based on the belief that the situation you’re avoiding caused a previous panic attack. Or you may avoid places where escape would be difficult or help would be unavailable if you had a panic attack. Taken to its extreme, phobic avoidance becomes agoraphobia.

Agoraphobia was traditionally thought to involve a fear of public places and open spaces. However, it is now believed that agoraphobia develops as a complication of panic attacks. With agoraphobia, you’re afraid of having a panic attack in a situation where escape would be difficult or embarrassing.

You may also be afraid of having a panic attack where you wouldn’t be able to get help.

Because of these fears, you start avoiding more and more situations. For example, you might begin to avoid crowded places such as supermarkets or the city centre. You might also avoid cars, air-planes  train, and other forms of travel. In more severe cases, you might only feel safe at home. 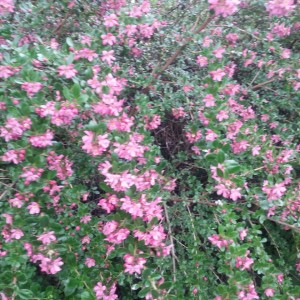 What To Expect From Therapy

For example, if you had a panic attack while driving, what is the worst thing that would really happen? While you might have to pull over to the side of the road, you are not likely to crash your car or have a heart attack. Once your learn that nothing truly disastrous is going to happen, the experience of panic becomes less terrifying.

How Many Sessions Will I Need?

The Department of Health recommend that treatment is likely to take between 6 – 12 treatment sessions.

Further information can be found at www.nice.org.uk